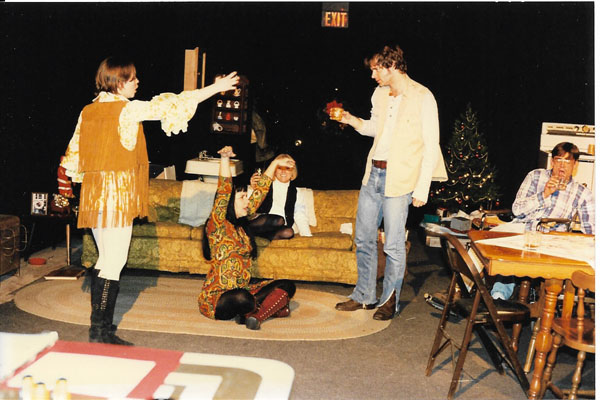 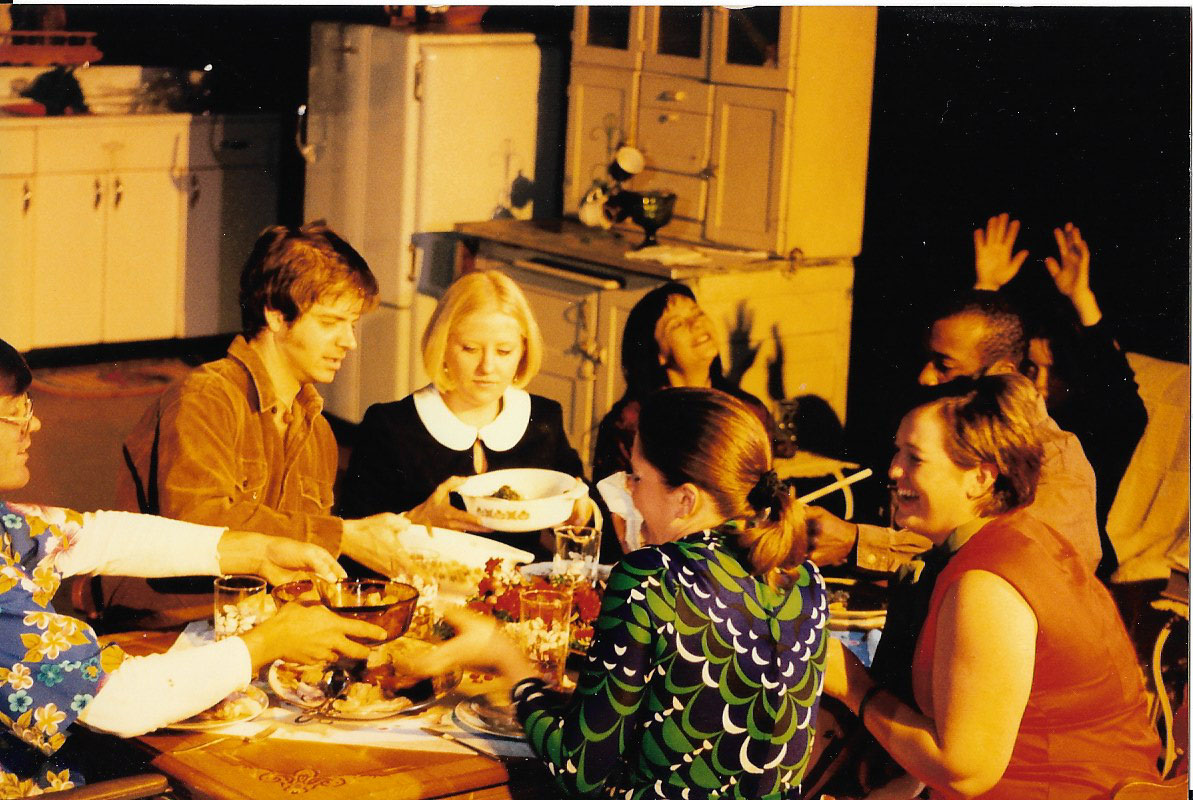 Presents
An Interview with:

January 2, 2001: It is with great sorrow that I mourn the loss of my wonderful friend. His presence was always uplifting, his spirit generous to all. He was one of a kind,and the world will miss him dearly. My heartfelt condolencesto his family. I love you, Ray.

South Pacific, Damn Yankees, The Apartment, The Sting, Paint Your Wagon, Fast Times At Ridgemont High, Popeye and Of Mice and Men are just a few of the movies made more memorable by the legendary Ray Walston, star of Stage, Film and Television. His credits are so exhaustive, they would take up most of the space allocated for this page. For a more detailed listing of his film and television appearances, click here.

Ray’s stage resume is also too long to include here in detail. Among his favorite plays are The Corn is Green, Hamlet, The Front Page, Summer and Smoke, South Pacific, Damn Yankees, The Odd Couple and Oliver.

Despite hundreds of starring roles on television, he is best remembered for My Favorite Martian, and Pickett Fences , for which he won the Emmy.

In life, Ray Walston is every bit as interesting as the characters he has made so famous in his work as an actor. He has a little bit of the devil in him, part rogue, strong minded, warm hearted, uncommonly common, street-wise, enormously humorous, tough as nails and passionate in everything he does in life, giving generously of himself to all he meets. If he doesn’t like you, he will tell you, man-to-man. If he does like you, he will tell you, man-to-man.

Still in his seventies when I met him, he would get out of bed every morning at six and punch a heavy bag hanging from a door frame in his Beverly Hills residence.

Ray Walston is a compact bundle of kinetic energy, who lives life from moment-to-moment.

Ray Walston, as “Candy” in Gary Sinese’s version of John Steinbeck’s “Of Mice and Men”

R: (long pause) Ahhh hah. Generally, it’s a gift from God. Whether it be in acting, composing music, writing books, painting. The great painters, all of them…certainly studied, and so forth. That’s all necessary, to study. But if you don’t have something in the way of talent to begin with…and that’s very hard to describe. I can only describe it, and I don’t know how anyone else would describe it, but go to a museum and spend a day walking around and looking at all kinds of paintings, and the good ones come from a talent that is not only indefineable, but it defies any kind of attempt to pin it down and say what it is. What is that old thing about “talent will out”?

H: Talent will out?

R: Yeah. Talent will come out.

H: Speaking of studying, do you have any memorable teachers or directors you studied with?

R: Well, I never really studied acting. I didn’t study acting. I suppose when I was a kid, and I went to movies, and later went to some plays on my own when I got a little older, in New Orleans, where I was living then, I zeroed in on the actor. Not the actress. I was very conscious of the actor; watched what he did. So I have not studied. I have worked with some very great directors.

I’ve worked with Josh Logan, who was the only director in New York City who went to Moscow, and for nine months worked and studied with Stanislavski. No one else can say that.

But Josh Logan is the only director, and it’s very interesting that one of the things that Stanislavski was doing when Josh got there…he was doing a play with music and songs, and so forth. It was not called a musical comedy, because I don’t think they had them in those days. It was called a play with music. And it’s interesting that the greatest success in the New York Theatre that Josh Logan made happened to be a musical.

But his approach to acting, in a roundabout way, uh…you had to arrive at what Stanislavski did, and what he later wrote about, and what everyone has credited him with, uh…changing the style and so forth of acting in the theatre.

H: What advice would you give to those starting out in acting?

R: It’s according to what locale their in. If they’re in New York, they of course are there because they know that’s where it is, and they’re going to be working at Shraft’s or wherever in order to keep themselves going until they find a part in a play. and it has to be part after part after part. If it’s not in New York, let’s say it’s in St. Louis, then they’ve got to find a place or get with someone who knows about the work… they’ve got to find a place like that and do scenes, and then try to get in plays. Try to get in plays in front of an audience.

If they’re working in a workshop somewhere, where there is, let’s say, uh…only twenty people, or something like that, that’s still, when they work and do a scene, that’s still working in front of somebody.

They’ve gotta learn something. Something’s gotta be learned, when you get out on the stage in front of people and start talkin’ and tryin’ to be a character.

H: Do you think Broadway and Hollywood are doing enough to heighten public awareness of important social issues of the day?

R: I can’t talk too much about Broadway, because I haven’t seen a play on Broadway lately, and I don’t keep up with it anymore. I don’t know what they’re doing, and I have no idea. The only thing I know about Broadway at the moment is that the box-office prices are absolutely unbelievable in terms of high they are.

As far as films are concerned? Again, I’m, uh…I don’t feel qualified to answer that question. I don’t go to very many movies. I don’t see all the movies that come out.

H: How about television?

R: I don’t watch television. (we both laugh together)

H: What about Of Mice And Men ? Does it heighten public awareness of social problems, or the human condition?

R: Well, I would think that, uh… yeah, I would think that Of Mice And Men would heighten people’s awareness of other people’s problems. But with what’s happening today, in 1992, no matter who tries to make the audiences aware, whether it be a writer or what? A playwright, a director, a particular production company who has that in mind rather than money… uh, in 1992, people don’t seem to… if you go back and use Of Mice And Men , they don’t seem to care about what happened in 1930.

They hear phrases like, “The Great Depression”, but they don’t know, really, what America went through, from 1929 to almost 1936-37-38. In that period, it’s very interesting. Very, very interesting, that the movie companies made more money than anyone in America. And the prices were twenty-five cents, twenty-five cents, thirty-five cents tops. People were looking for, uh, nothing so, uh…nothing like, uh, too moral, or anything like that, they were looking for escape. They were tryin’ to get away from their problems.

H: So when they go see Of Mice And Men, the audience might not make the connection that we’re [America] going through this same thing today. They might not think that.

H: I personally think it’s happening. What do you think?